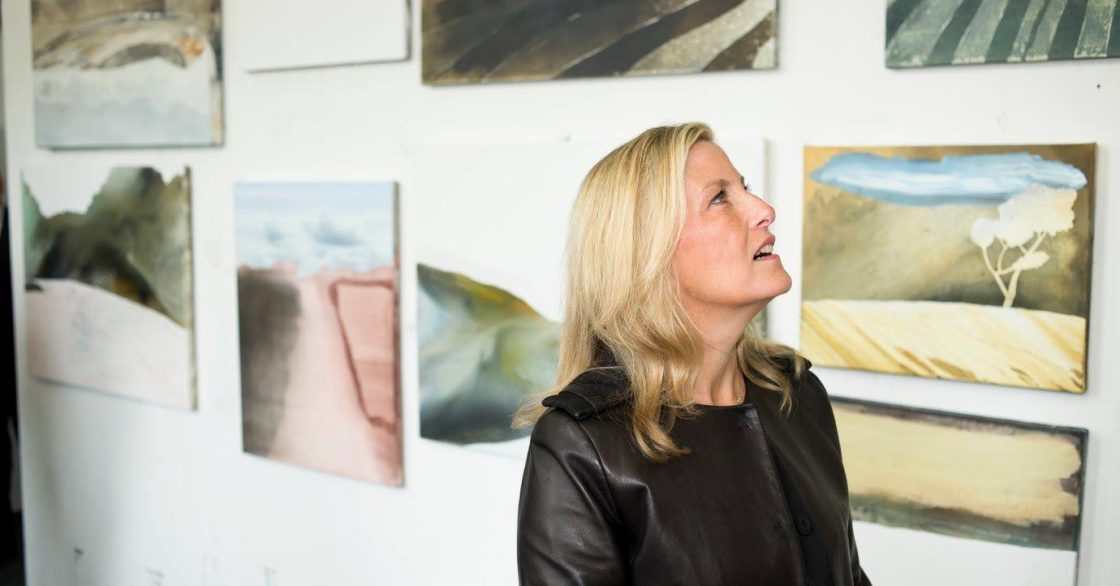 HRH The Countess of Wessex visited Krowji during a two-day trip to Cornwall in 2017.

The Countess of Wessex had a bird’s eye-view of Redruth as she arrived by helicopter and was greeted by Lord Lieutenant, Colonel Edward Bolitho. Her Royal Highness was welcomed by young children from the Windmill Nursery, based on the Krowji site, before meeting Councillor Mary May, Chairman of Cornwall Council, and the Mayor of Redruth, Councillor Henry Biscoe.

HRH toured the site with Creative Kernow and Krowji Director Ross Williams who gave an overview of the charity and the kinds of organisations and businesses who have found their home at Krowji. Ross said ‘It was a pleasure to welcome the Countess of Wessex to Krowji and to show her some of the range of work that goes on here.’

In Krowji’s Percy Williams Building the Countess admired the colourful screen prints of artist Paul Bawden while watching a demonstration of a print in progress. She met artist Alice Mahoney, who has been a studio tenant of Krowji for over five years, and artist Kate Perry – who has recently written, illustrated and published a book.

The Countess met Jason Robbins and Mike Richter, co-founders and directors of Engine House VFX, a small visual effects and animation studio with a huge, international reach. The Countess recounted with enthusiasm the time she had spent working in the PR industry, comparing notes on how times have changed with the digital revolution. The tour continued to the former school buildings where HRH was welcomed into the studio of painter Kerry Harding, who spoke with the Countess about her works in progress and inspiration found in her daily views of Cornish countryside.

The Countess met with studio-holders and Creative Kernow project staff in the Melting Pot Café including Cornwall 365, Miracle Theatre and Cornwall Museums Partnership. She was presented with a gift by Amanda Maltwood of MAMM + MYRGH Goldsmiths. The classic sterling silver Pod Pendant, commissioned by Krowji and created by MAMM + MYRGH was inspired by seaweed found along the Cornish coast and it is hoped will serve as a small, handcrafted reminder of her trip to Cornwall’s largest creative hub. To find out more information about MAMM + MYRGH Goldsmiths and their range of jewellery, including the Pod Pendant please visit their website. 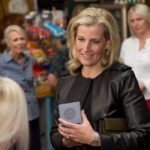 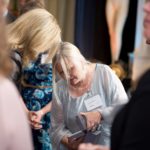 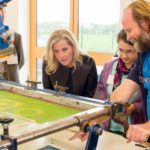