In 2002 we began working with Cornwall Council, Cornwall Development Company, Arts Council England, Redruth Town Council and the European Regional Development Fund to develop the former Redruth Grammar School into offices and managed workspaces. We  bought the premises from the County Council in 2005 and gradually converted the former classrooms into a home for a community of about 100 artists and makers.

The opening of 50 new studios in the Percy Williams Building in June 2015 doubled our capacity and enabled our already established community to expand and diversify further still, we now have over 200 people working on site. This was Phase 1 of our redevelopment plan, Phase 2 began in summer 2019.

Phase 2 of our development will create an extra 21 new studios in an extension to the existing Percy Williams Building, linked by a bridge. Initial work began with the demolition of part of the dilapidated 1950s Science Block, to make way for the purpose built BREEAM excellent spaces.

Falmouth-based Jewell Construction, an established family firm, won the prestigious tender to build the £2 million Phase 2 of the landmark Percy Williams Building.  The Phase 2 scheme is being project managed for Krowji by Truro-based Currie & Brown.

The new development, funded mostly by the European Regional Development Fund, Arts Council England and Cornwall Council, will create an extra 21 studios, adding space for around 40 people to Krowji’s current community of 200. 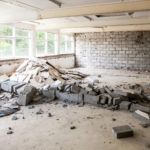 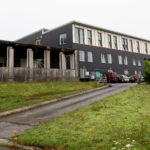 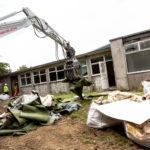 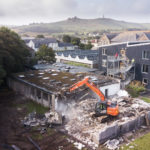 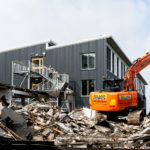 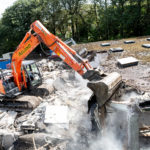 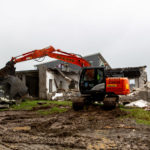 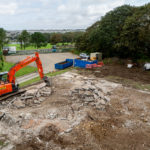 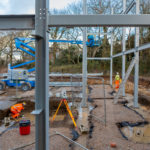 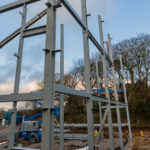 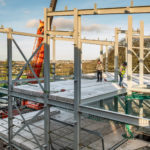 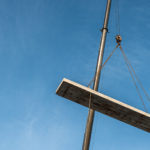 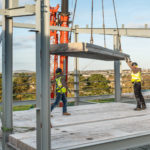 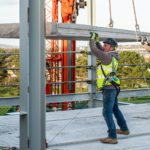 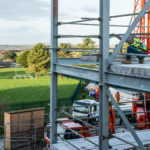 The Phase 1 Percy Williams development cost £3.7 million with the investment justified by our success and popularity among tenants. This was a flagship scheme to promote the best of the Creative Industries in Cornwall and was funded by the European Regional Development Fund with a mortgage from Triodos Bank as well as other local investors. 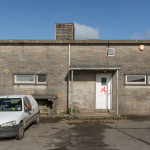 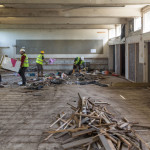 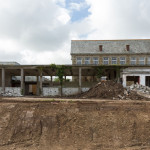 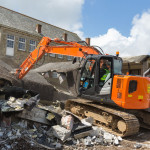 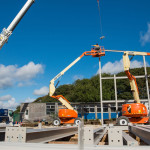 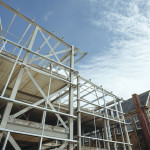 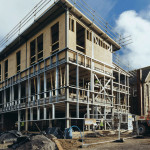 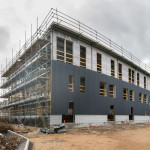 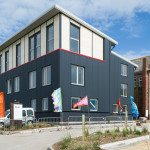 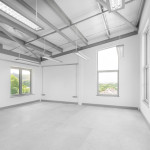 In early 2019 £2 million funding was secured for the second phase expansion of our flagship Percy Williams Building, with on-site work starting in summer 2019. The Phase 2 development, funded mostly by the European Regional Development Fund, Arts Council England and Cornwall Council, will create an extra 21 “BREEAM Excellent” studios, adding space for around 40 people to our current community of 200.

Initial work on site will see the demolition of part of the old and dilapidated 1950s Science Block – for which the tenants of 14 studios –  in various states of disrepair, were offered alternative space. For many this has been an opportunity to expand into larger studios better suited to their practice.

“When we opened the Percy Williams Building in 2015 the economic climate didn’t make us overly optimistic of gaining funding for Phase 2 of the project any time soon,” says Ross Williams, director. “But the overwhelmingly positive reaction to this space, from day one, has given us – and our funders – the confidence to move ahead and complete this next stage in our project.”

Our aim is to create a nationally significant cluster of businesses and practitioners on site who will raise Cornwall’s reputation for creative excellence, work together to maximise knowledge exchange and innovative collaboration, act as a magnet to attract more businesses to our area and contribute to the regeneration of Redruth.