The Man Engine Steams past Krowji 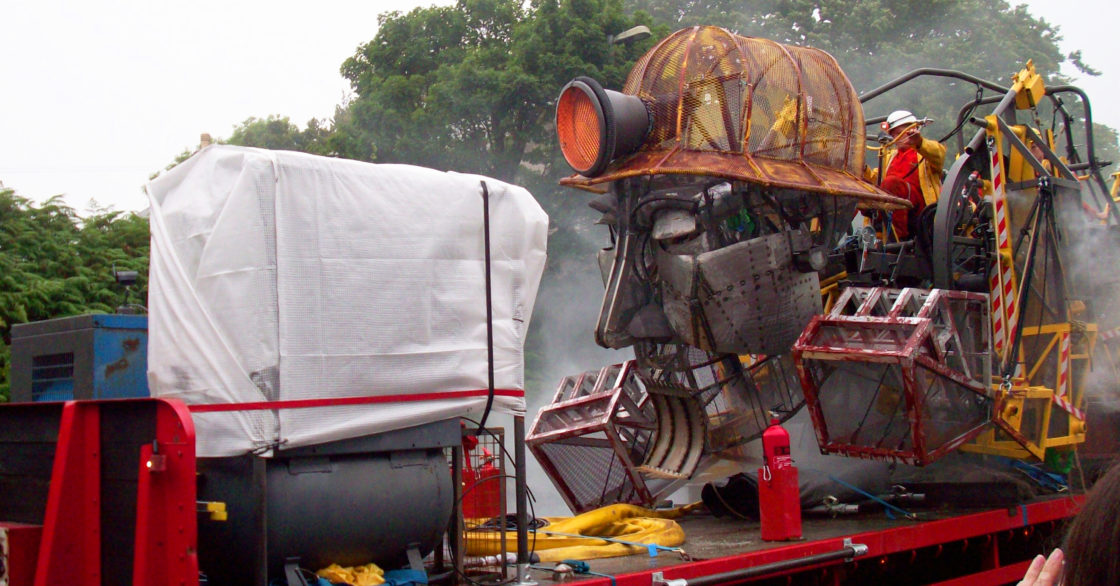 On 2nd August The Man Engine steamed past Krowji as part of it’s 2016 tour around Cornwall.

The incredible Man Engine began life in 2016 and was created by Will Coleman and his team at Golden Tree Productions who happened to take a studio here at Krowji in 2017! 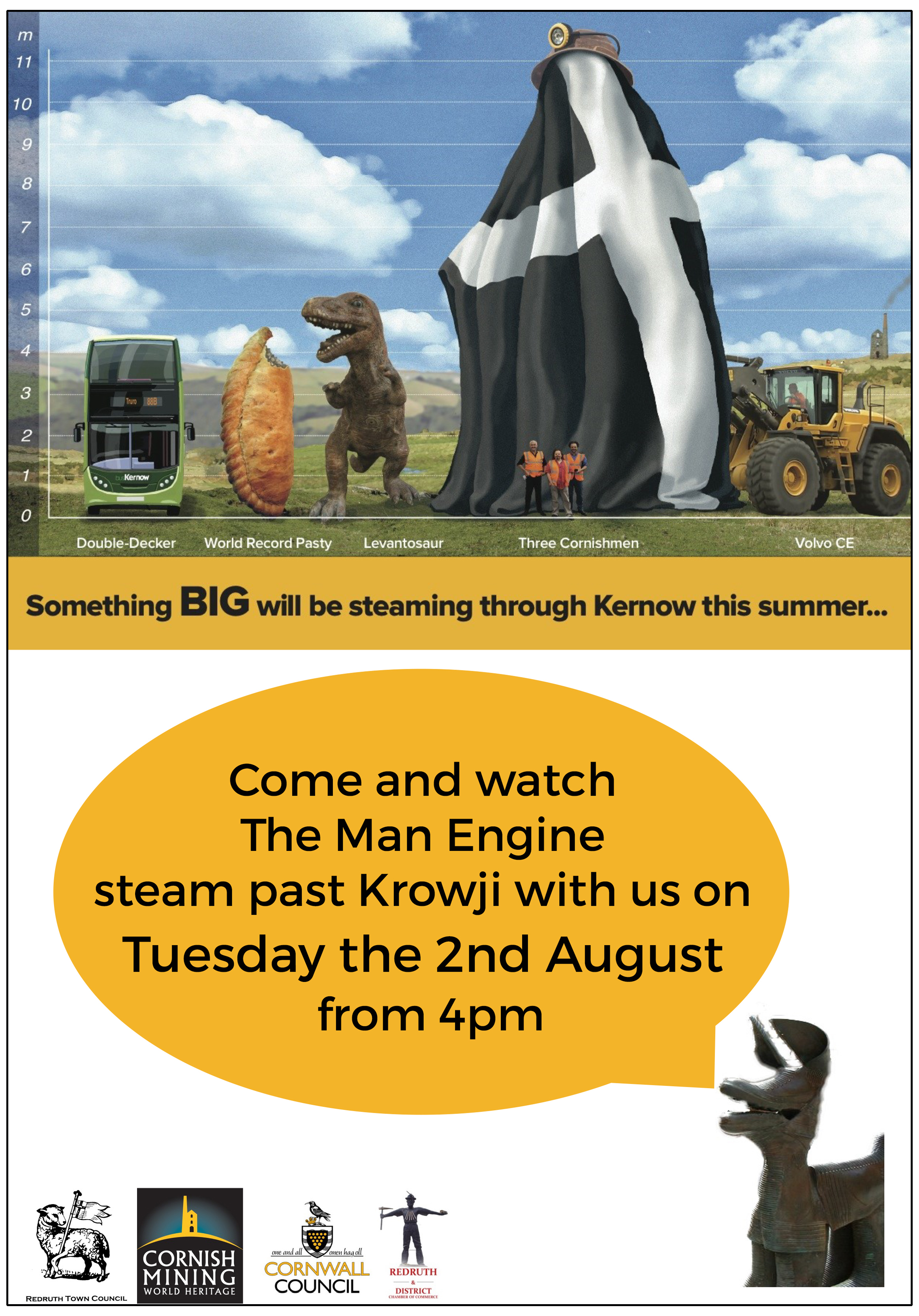 The Man Engine is the largest mechanical puppet ever constructed in Britain. Krowji witnessed it crawl past in August at 4.5m high but when standing the miner transforms to over 10m in height. The entire creation weighs 40 tonnes. 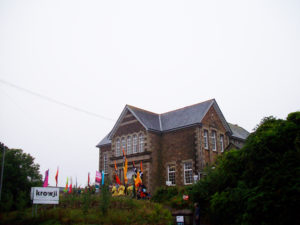 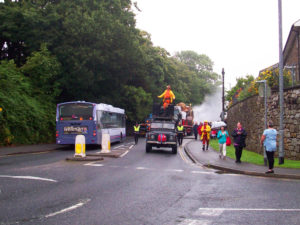 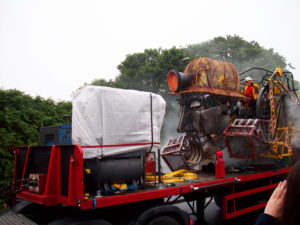 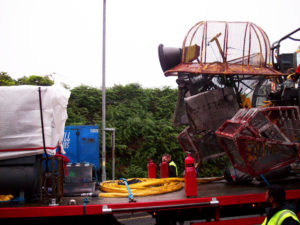 In 2018 the Man Engine came back to life by embarked on it’s ‘Resurrection Tour‘. Keep your eyes peeled for him in future years to come!