Krowji at the Hub Awards 2015 – Creative Project of the Year 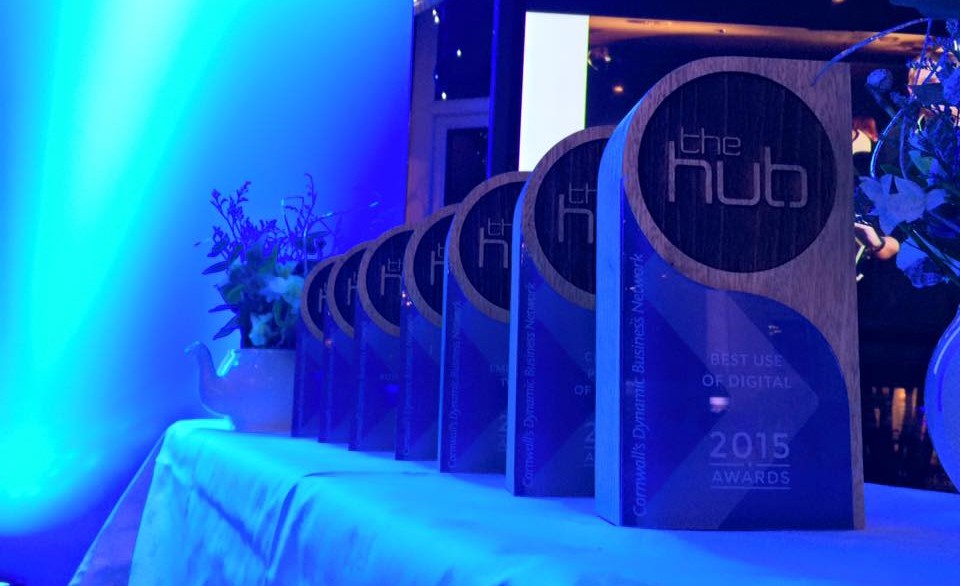 Over 140 members from the business community attended the 13th annual Hub Awards Ceremony at the Falmouth Hotel last night. Krowji was asked to sponsor the award for Creative Project of the Year which was won by The Globe in Fowey.

As an organisation whose aim is to support those working in the creative industries we were delighted to be asked to sponsor The Hub awards this year.

Krowji was well represented, with tenants Engine House short-listed for Creative Project of the Year and tenants Bookshell Bindery short-listed for Best New Start Up. The Hub committee also handed out a special award for The Hub Contributor of the Year to Krowji tenant Ryan McFarlane of Liminal Design.

The Cornish Seaweed Company was named Cornish Business of the Year, while the Best New Business accolade went to Amber Cotgrave’s Magpie & Fox.

Made Open Communications Ltd impressed the judges with its investment into the development of a collaboration platform for social good and scooped up the award for Best Use of Digital.