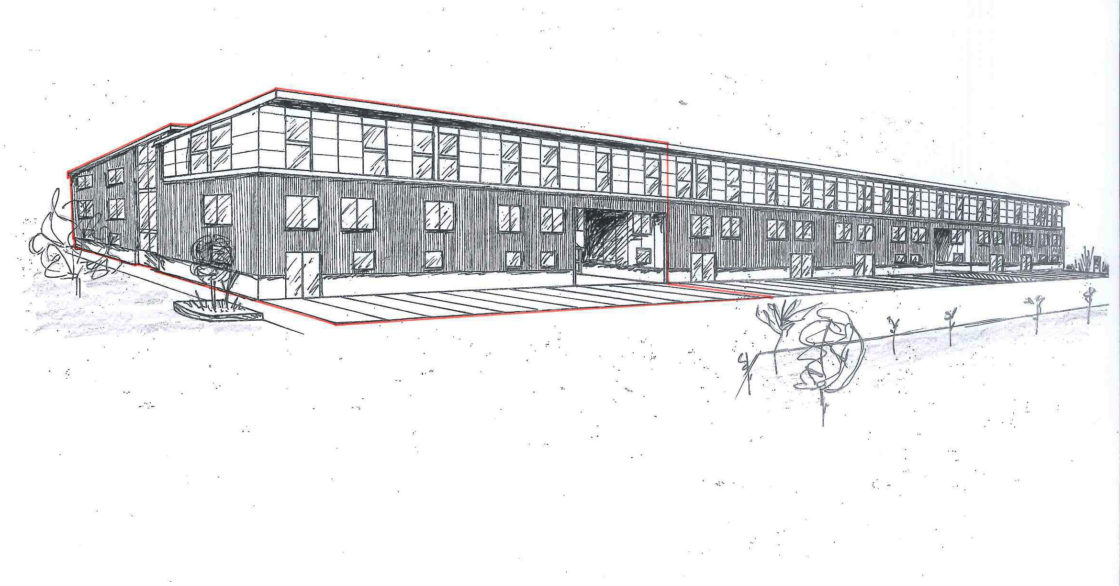 The nationally-acclaimed Krowji creative hub has secured full £2 million funding for the second phase expansion of its flagship Percy Williams Building, with on-site work starting imminently alongside studios which flourish among the top providers of creative space in the country.

The Phase 1 Percy Williams development cost £3.7 million with the investment fully justified by Krowji’s success and huge popularity among its tenants: “We are all so proud of what we’ve created here at Krowji,” says founder and director Ross Williams. “We’re the largest creative cluster west of Bristol with a unique mix of tenants working right across the creative sector – and we operate at capacity so we know the new space will be highly in demand.”

An extra enticement to prospective new tenants – and a draw to the wider community – will undoubtedly be the opening of a new café at the heart of Krowji from September – with contracts just signed and agreed with The Hungry Horsebox Co. who are excited to expand their business to a permanent site alongside their mobile beach café based at Gwithian. “The new café will be the beating heart of our flourishing community,” says Studio Manager Elisa Harris “and it’s where our artists, actors, designers, journalists and jewellers will all rub shoulders and exchange ideas. The nature of our work can be a bit isolating and it’s a wonderful thing to know you can just pop out of your studio and find a friendly face for a chat over a really good coffee.”

An ever-increasing demand for Krowji space inspired an ambitious business plan: to create a state-of-the-art eco building with 50 new studios and workspaces for a further hundred people which would complement those in the Old Grammar School and help regenerate the local community and nurture creative talents from Cornwall and beyond far into the future.

“When we opened the Percy Williams Building in 2015 the economic climate didn’t make us overly optimistic of gaining funding for Phase 2 of the project any time soon,” says Ross. “But the overwhelmingly positive reaction to this space, from day one, has given us – and our funders – the confidence to move ahead and complete this next stage in our project.”

Initial work on the Krowji site will see the demolition of part of the old and somewhat dilapidated 1950s Science Block – for which the tenants of 14 studios, which were in various states of disrepair, have already been found alternative space. For many this has been an opportunity to expand into larger studios much better suited to their practice.

Elaine Michell of ‘Studio 1850’ set up her business in a spare room at home, but moved to space in the Percy Williams Building two years ago: “I’m not sure where to begin in how moving to Krowji has helped expand the business (and my mindset),” she says. “’I’ is now ‘we’ after growing the team and we truly feel so lucky to have this space available to us, as a creative hub, in Cornwall, especially within a small business’s budget. The views, space, people and facilities are spot on… Krowji, we think you’ve nailed it.”

To take a look at Krowji’s Phase 2 plans to extend its range of studio space, alongside work by 50 of the diverse range of talented creators based there, visit during Open Studios Cornwall from May 25th to June 2nd.